I’ve recently started quilting, which is a huge learning curve.  I am particularly interested in free motion quilting; it is so much fun! I love the way that light plays with the finished article and how flowing and beautiful the lines can be.

For this quilt I bought a jelly roll which contained dark blue, light blue, green, yellow and pink strips.  I sewed up four big rectangles in rough colour families, one dark blue with a bit of green, one light blue with a bit of green, one yellow and one pink.  I then looked at what I had and it was really busy.  I looked around for jelly roll quilts and found this from Stitchery Dickory Dock and loved it! I cut my rectangles into 8 squares and put four of the squares aside. I then bought some cream fabric with little leaves on it and cut it into huge squares the same size as my jelly roll squares. I then made this into half square triangles by placing one of my cream squares and one of my jelly roll squares right sides together, then stitching a 1/4 inch seam around the outside of the whole square, a cross across the middle from corner to corner with two rows of stitching, and another cross with two rows of stitching cutting the big square into 4 little squares.  Essentially, I made 8 HST like in this Craftsy tutorial but then because I also had sewed along the outside of the big square I could then cut these 8 little squares into 16 even smaller squares.   Did I mention it was an ugly way to do things??

The resulting HSTs were a bit wobbly, which was not surprising considering the amount of cutting and stitching that they had undergone.  I trimmed them up to 6″ squares then had a bit of a play with arranging them.  Because of the way I’d gone about constructing them you could actually make some pretty interesting patterns with them. 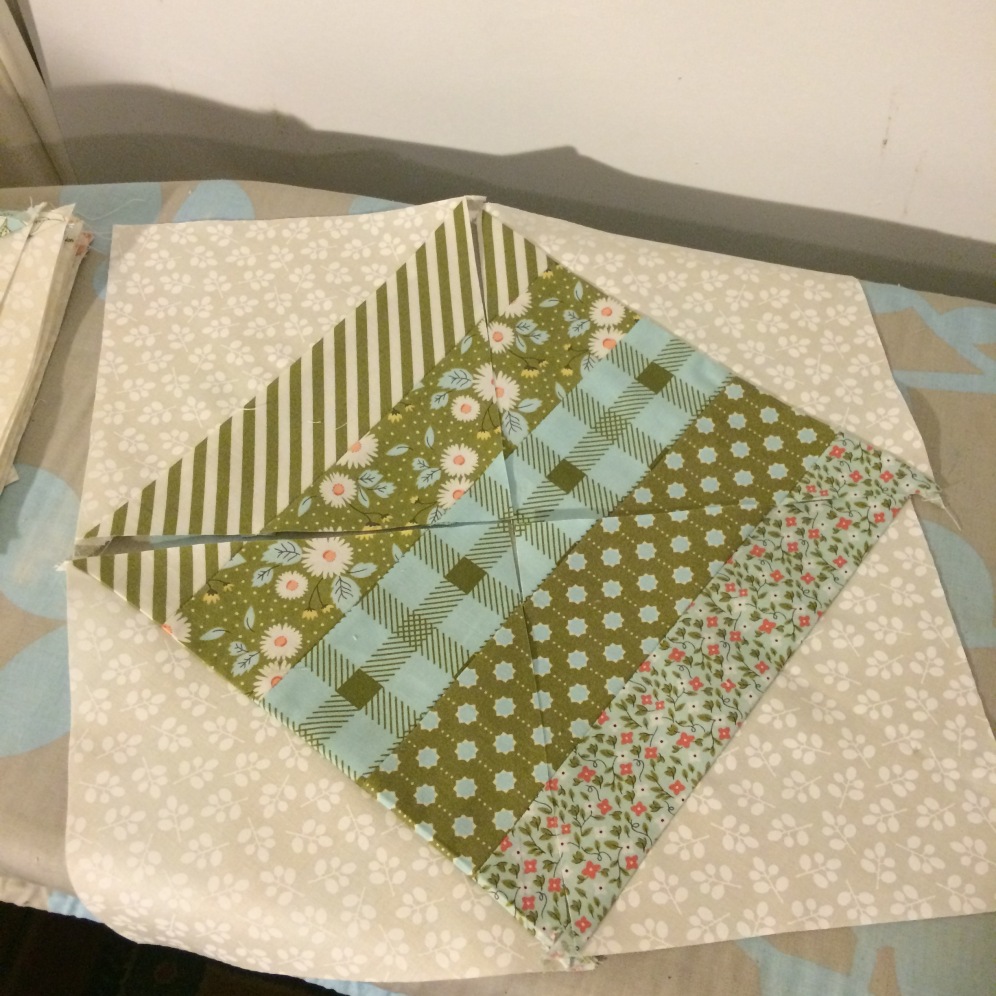 But after a lot of playing around I thought  it easiest and most effective to put them all the same way, like this

I stitched it all together (not 100% like my original layout, but good enough), then basted the quilt 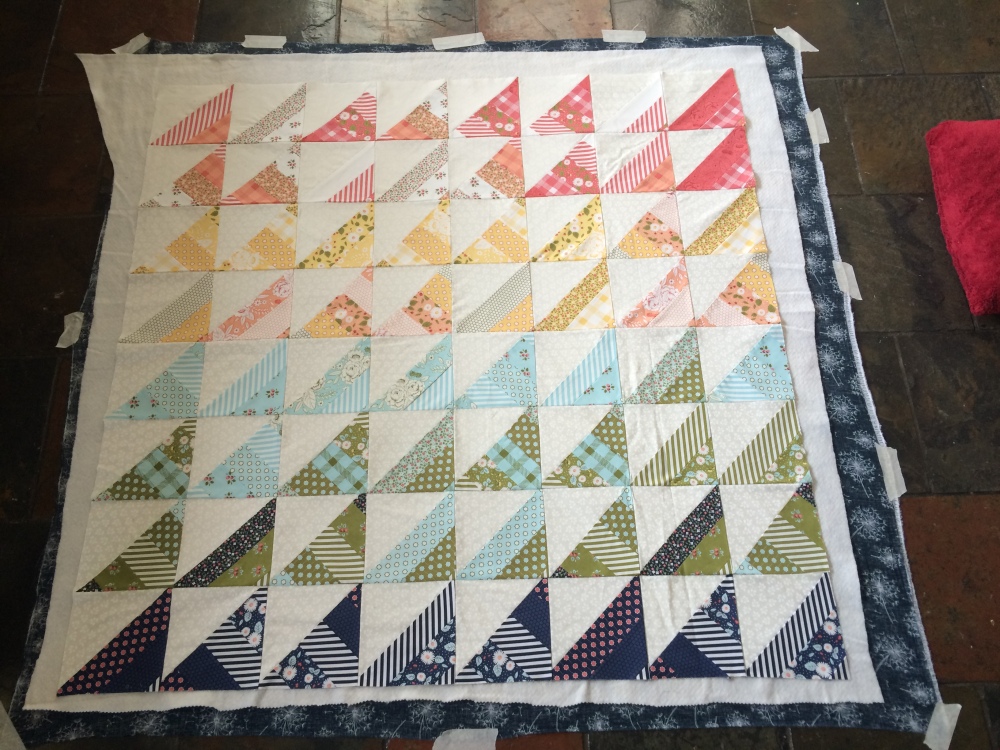 And then for the free motion quilting!

The free motion pattern I’ve used is from Lori Kennedy at The Inbox Jaunt and is called “Dizzy Daisy”.  I absolutely love it!  Her tutorials are amazing.

Still going with this, it is taking FOREVER but will be pretty once finished.  If I’d thought about it more (maybe a theme of under-planning here) I would have used a plain backing fabric to show off the design on the back.  Never mind, all part of the learning curve I guess. 🙂

And WOWSERS, quilting gloves are the BEST THING EVER. They make free motion quilting so much easier.  I have invested in some “Grab a Roo’s”.  They’re brilliant.